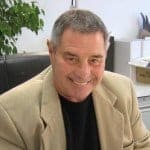 It is with a heavy heart that we let you know that our dear Stephen Lewis left the physical world Friday April 8, 2016. Stephen took a nap and did not wake up. He had no fear of dying and was always talking about what was on the other side. And he had said that he felt that passing away in your sleep was the best possible fate.
Stephen had spoken often about his motivation for his work on Energetic Balancing. He said that many times his family had told him as a young man, “Son, whatever you’re going to do, be quick about it because we die young in this family.” Stephen said that he was the first male in his family to live past 53 years old. Stephen transitioned a few weeks before his 78th birthday, having lived almost 50% longer than any of the other men in his family. That in itself is an amazing tribute to his work and to his legacy, the AIM Program of Energetic Balancing.
For several years, Stephen had been training Roberta to test. He wanted Roberta to take his place with the everyday testing so he would be free to do the spiritual research he really wanted to do. Just last week it was announced to the Facilitators that Stephen had graduated her, his only student, from his training program. In fact, Roberta had been doing all the testing for quite some time, including finding new frequencies, while Stephen took much-needed time off.
Please be assured that EMC² will continue and be bigger, better and stronger than ever.
Although our hearts are broken and we will miss him every day, we feel blessed to have had the time we did with this brilliant, big-hearted and larger-than-life man.We are grateful for the AIM Program of Energetic Balancing which lives on, the gift he has bequeathed to all of us.
In honor of Stephen, the EMC² office will be closed this week.
We will reopen on Monday April 18, 2016.
Peace and Blessings,
Roberta and Evan

2 Comments on “RIP Stephen Lewis, you will be missed”